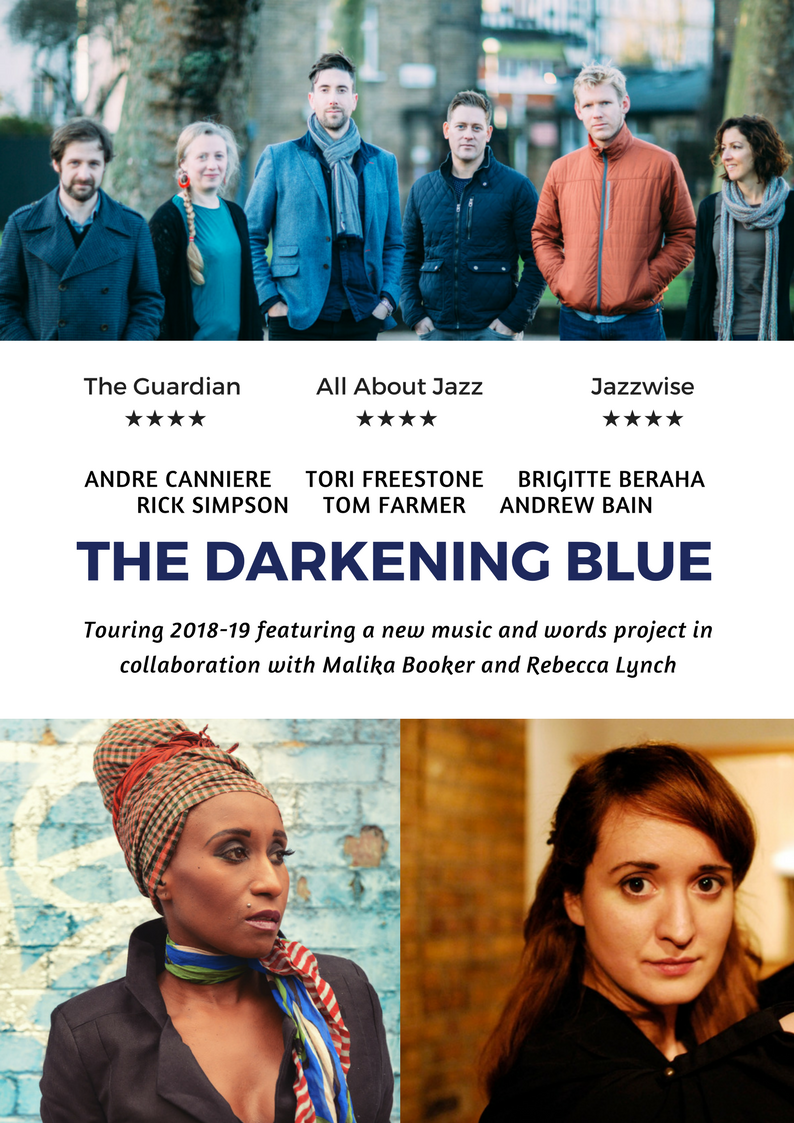 In October 2016, the band’s first album was released to widespread critical acclaim followed by a successful Arts Council England supported tour. The band has appeared at major jazz venues all over the UK including a 2017 performance at the Manchester Jazz Festival and their music has been broadcast on BBC Radio, Jazz FM and RTE in Ireland.

Currently Canniere is writing new material for The Darkening Blue which will feature words written by UK-based women including established Leeds-based poet Malika Booker and London-based artist Rebecca Lynch (creative-writer-in-residence at King’s College, London). Dates are scheduled in the UK throughout 2018 and 2019 with the new music and the band will be recording near the end of this year.

“A fine example of a stellar line-up achieving a remarkable amalgam of depth, warmth and sensitivity.”
All About Jazz “

Another ambitious step for trumpeter Andre Canniere and a very classy sextet… Canniere’s range-spanning trumpet and bright runs, and Freestone’s sensitivity to spacing and dramatic narrative accompany Beraha’s impassive eloquence with the lyrics… Canniere’s instrumentals confirm his jazz-composing power and constructive writing for improvisers. The band is terrific.”
The Guardian

“The Darkening Blue is Canniere’s most ambitious, wide-ranging and personal album to date.”
Jazzwise Magazine

CLICK ON PHOTO FOR FULL SIZE (opens in new window) 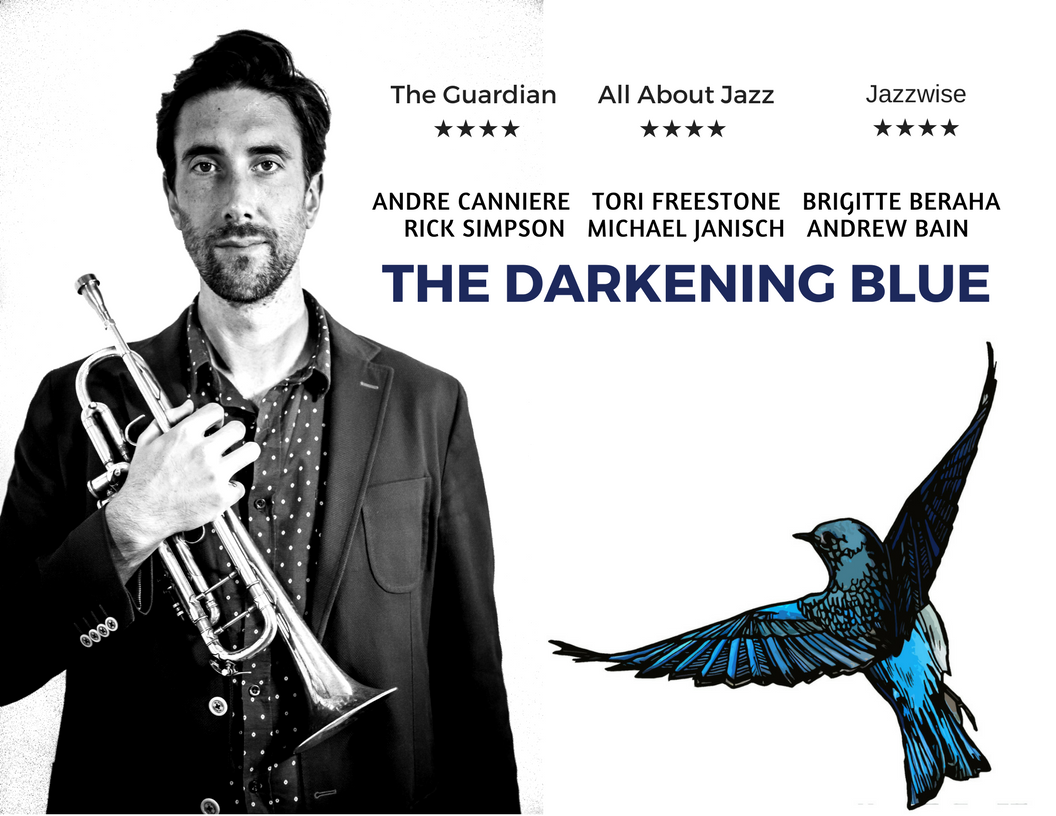 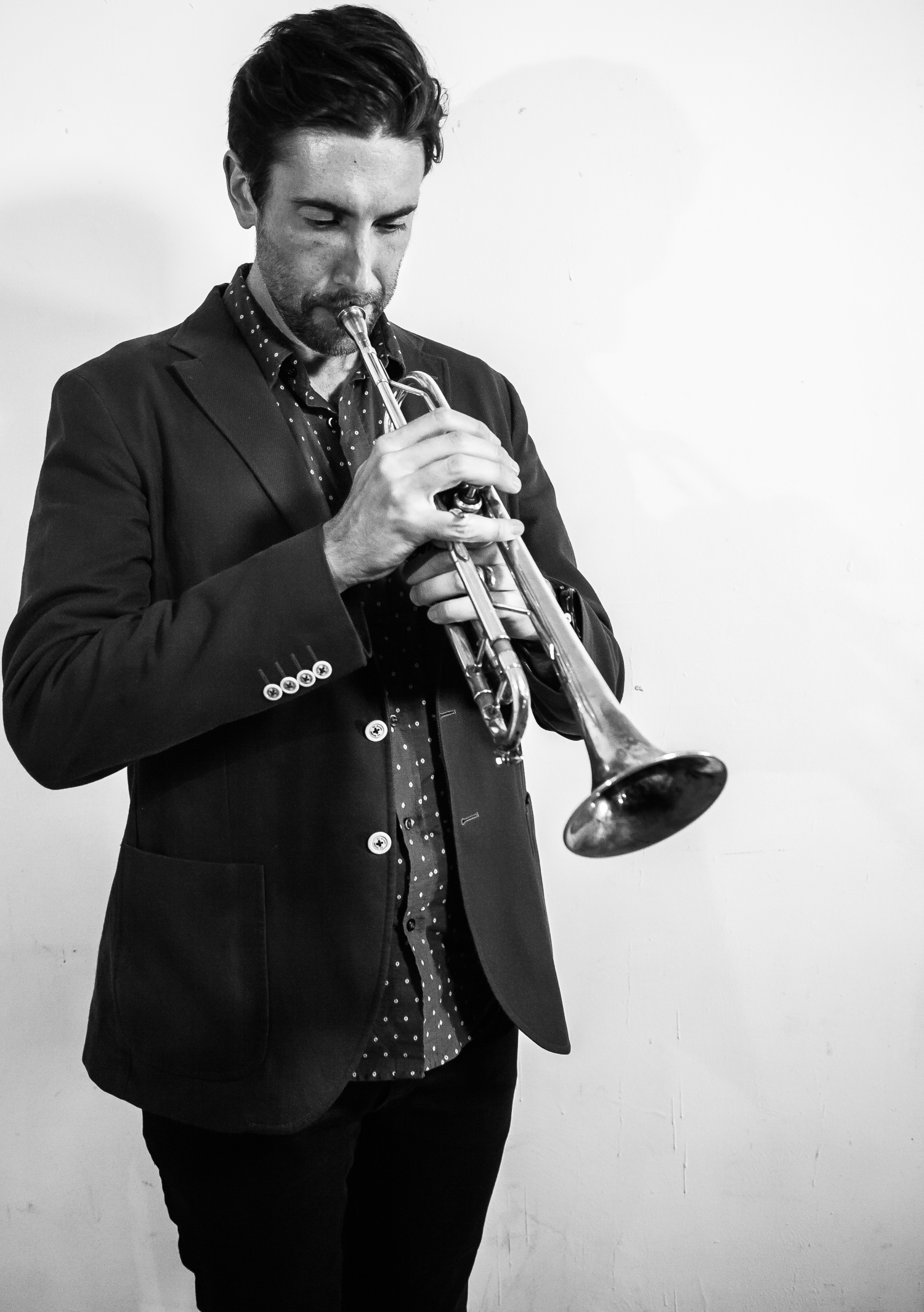 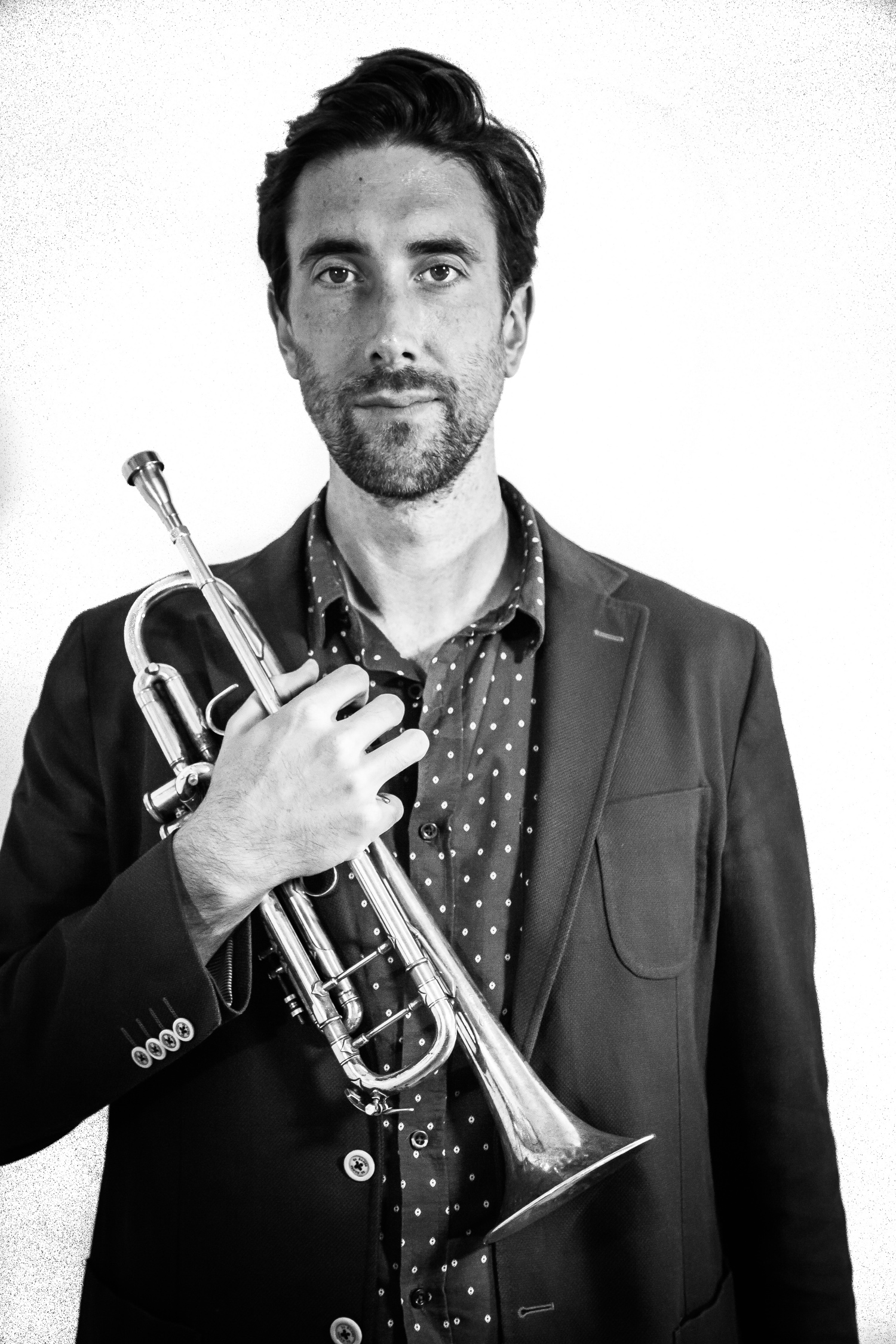 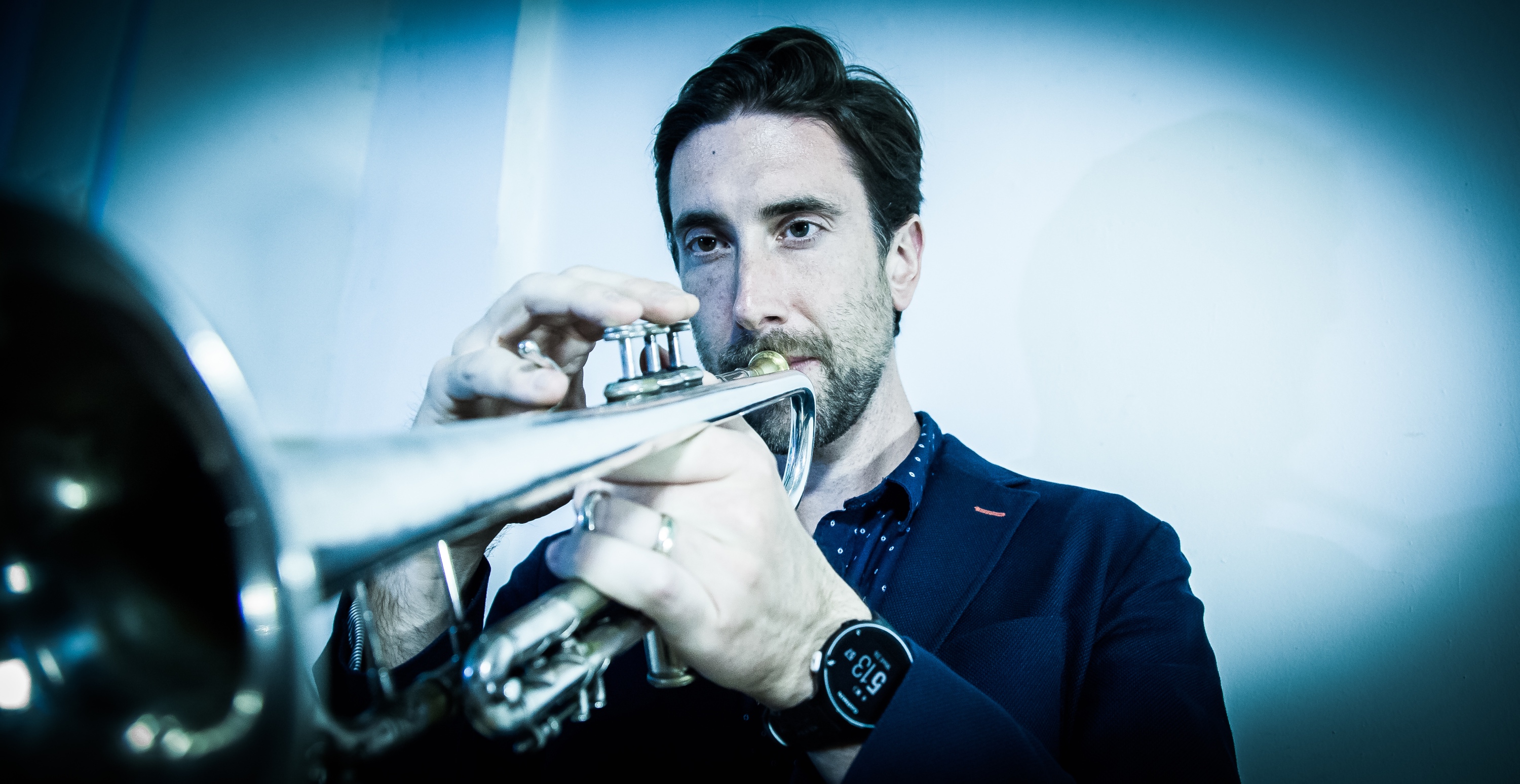 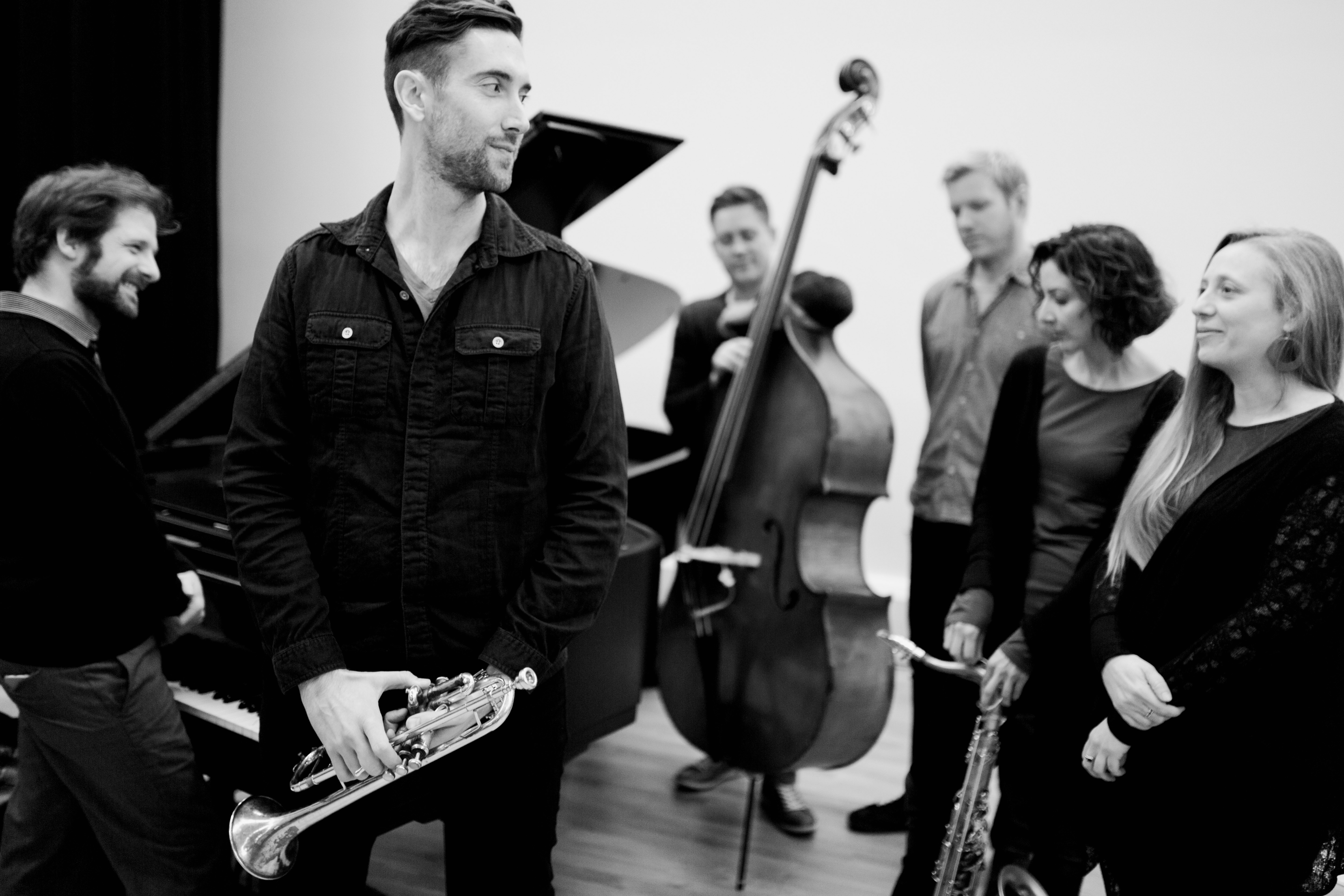 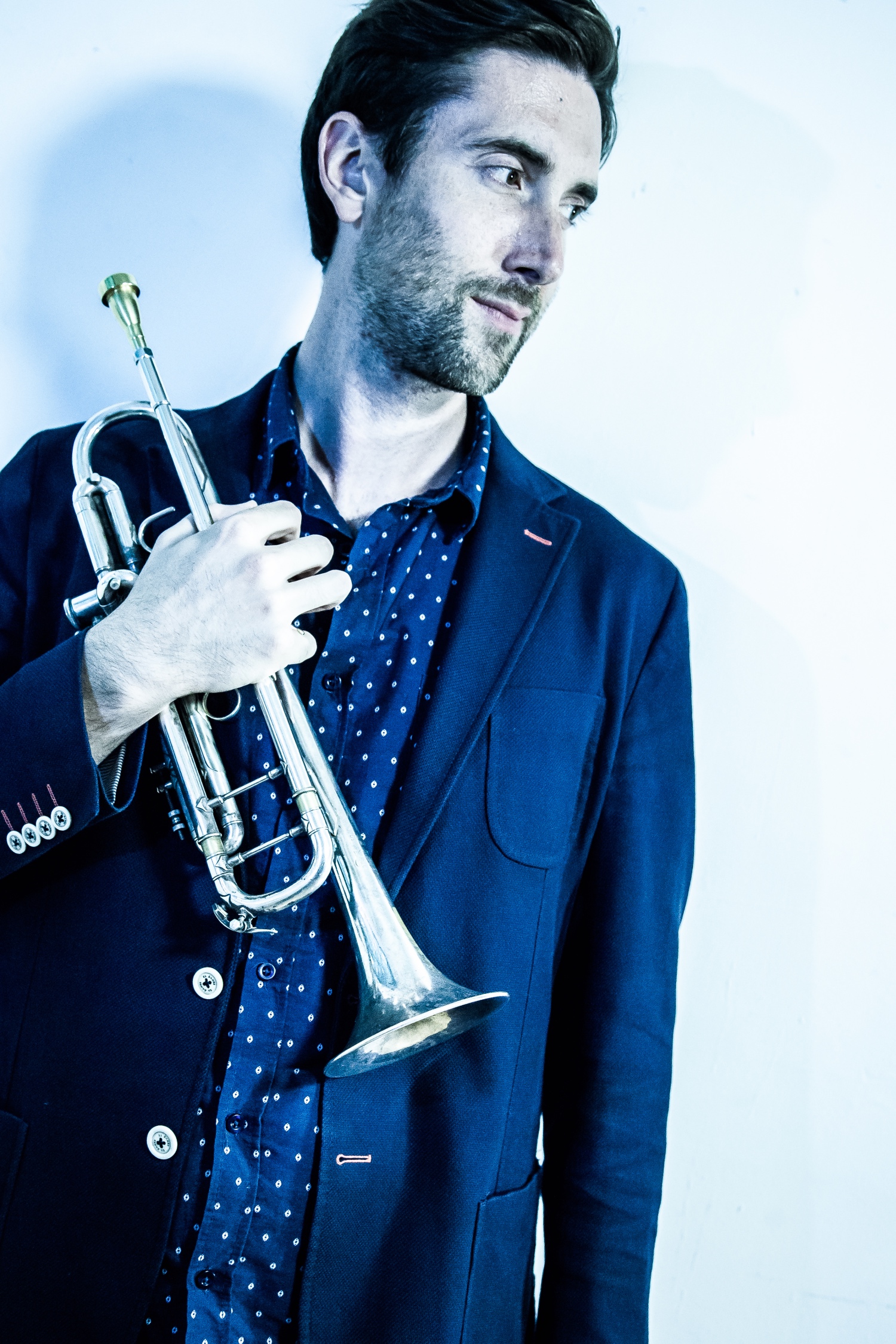 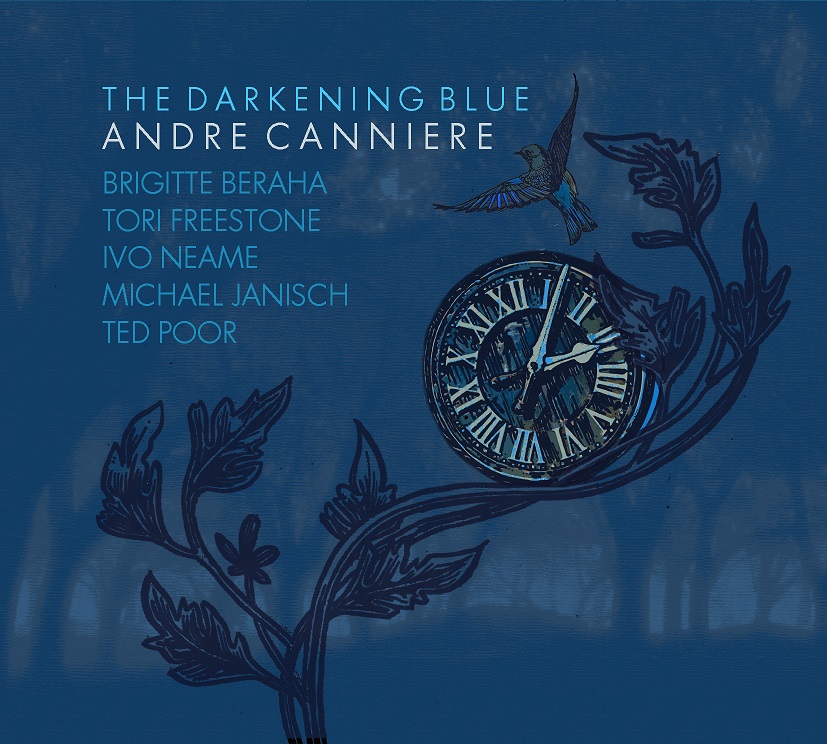