Browse: Home   /   All About Jazz Review

All About Jazz Review

Thrilled to receive this review for Coalescence in All About Jazz earlier this month.

“Coalescence is the perfect title for this engrossing collection from Andre Canniere.

The idea that our experiences and influences become absorbed into a larger whole works on many levels both personal and musical. Some would have us believe that true originality in these post-modern times comes only through the juxtaposition of the different elements and influences into new combinations and shapes. That is, of course, debatable and turns on the old ‘nature or nurture’ argument—the extent to which we have an identifiable individual essence or self.

I suspect from this, Canniere’s second album following Forward Space from 2012, that he would probably lean towards the nurture side of that divide, given the hints he gives to explain the inspirations behind track titles in the sleeve notes. So the lively opener “Sweden Hill” is inspired by …”fragmented memories of the tiny rural town where I spent the first five years of my life.” The piece shifts through a lively episodic structure in which pianist Ivo Neame sparkles not just in the opening latin tinged rhythm and his impressionistically melodic solo but also in his thoughtful dialogue with Canniere during the latter’s solo. Similarly “Gibbs & East” is a homage to Rochester NY, although the significance of the place to the composer is not disclosed, as is also the case with the evocative and restrained album closer “Elk Run” a quiet dirt road in Northern Pennsylvania apparently. This latter piece is the only ballad on the album and feels as if intended to signify the end of a journey, or at least a reflection on loss during it. Neame again excels here, his initially circumspect solo building to a slow bubbling climax.

These biographical fragments suggest Canniere is an intriguing character, an impression reinforced by both a quick glance at his intimidating CV, that includes work with Maria Schneider, Bjorkestra, Donny McCaslin & Darcy James Argue, and his decision to relocate to London back in 2008. Again the sleeve notes tell us that “Nylon” was inspired by this departure and arrival drawing an expansive, free-er solo from Canniere in the latter section of the piece. 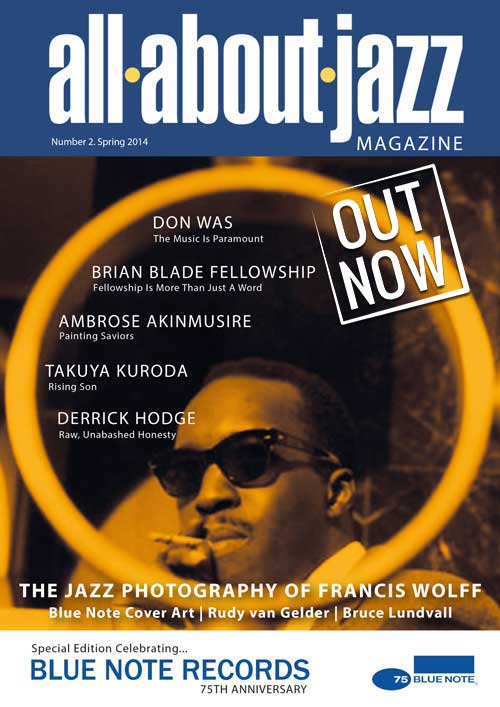 The only reservation on this composition, however, is the guitar solo from Hannes Riepler which feels mixed too far forward in too much of an 80s AOR style for my personal taste, but which may not be an issue for others. Elsewhere Riepler’s contributions are noticeably more circumspect, fitting well with the ensemble and mood of the pieces, so is it too fanciful to suggest that the solo was intended to show what Canniere left behind in the US?

Another way in which Canniere is unusual is in his desire to communicate or connect with specific subjects or concepts through instrumental music. So while many contemporaries eschew connections with real world issues, “Gaslands” resigned melancholic conversation primarily between Canniere and Neame is a protest against the environmentally questionable practice of fracking, intended to extract shale gas from underlying rock. “Point Zero” too is intended to protest about US gun laws in the light of the 2012 Newtown shootings. Such a desire to communicate on real issues has perhaps surprisingly only been matched in recent UK jazz by Kairos 4tet, who also featured Ivo Neame, and suggests an interesting and commendable future path.

The album was actually released last autumn but seems to have got lost in the season of box sets and goodwill to all men. While Canniere’s performance at the launch as part of the Whirlwind label’s showcase festival drew positive notices, the collection as a whole appears to have received little attention. That would be a shame I think—the quality of the performances from Canniere and Neame in particular are of a high standard and it is also refreshing to hear an album with such rare ambition and desire to connect with real world issues.”