Freeway at The Vortex April 8th (with Alice Zawadzki)

On April 8th I will be playing The Vortex with the newly formed ‘Freeway’ featuring Alice Zawadzki. Tickets are on sale HERE.

I am extremely grateful to Sebastian Scotney for publishing a preview of the gig on the London Jazz site. This is what I wrote:

I’m very much looking forward to playing with the recently formed Freeway at The Vortex on the 8th of April. The music for this group is a bit of a departure from the sort of composing I’ve done up to this point, mainly due to the fact that I’m writing for a vocalist (Alice Zawadzki) and pairing melodies with lyrics for the first time. The inspiration for putting this group together first came via several Rainer Maria Rilke poems that I had become obsessed with in recent years. I chose four of Rilke’s poems (English translations) and set them to music which resulted in some of the most melodic and song-like material I’ve ever written. After completing this mini ‘song cycle’, I felt the urge to keep writing songs but decided to pen some of my own lyrics, which has been one of the biggest challenges I have ever faced as a composer.

After releasing two albums with my regular quintet, it is exciting to be exploring new musical territory with some of the most gifted musicians in London. The band features singer Alice Zawadzki (who is rightfully making quite a name for herself as one of the premier vocalists of her generation), Esben Tjalve (piano, accordion),Hannes Riepler (guitar), Max Luthert (bass) and Billy Stookes (drums).

We hope you’ll join us for a great night of brand new music! 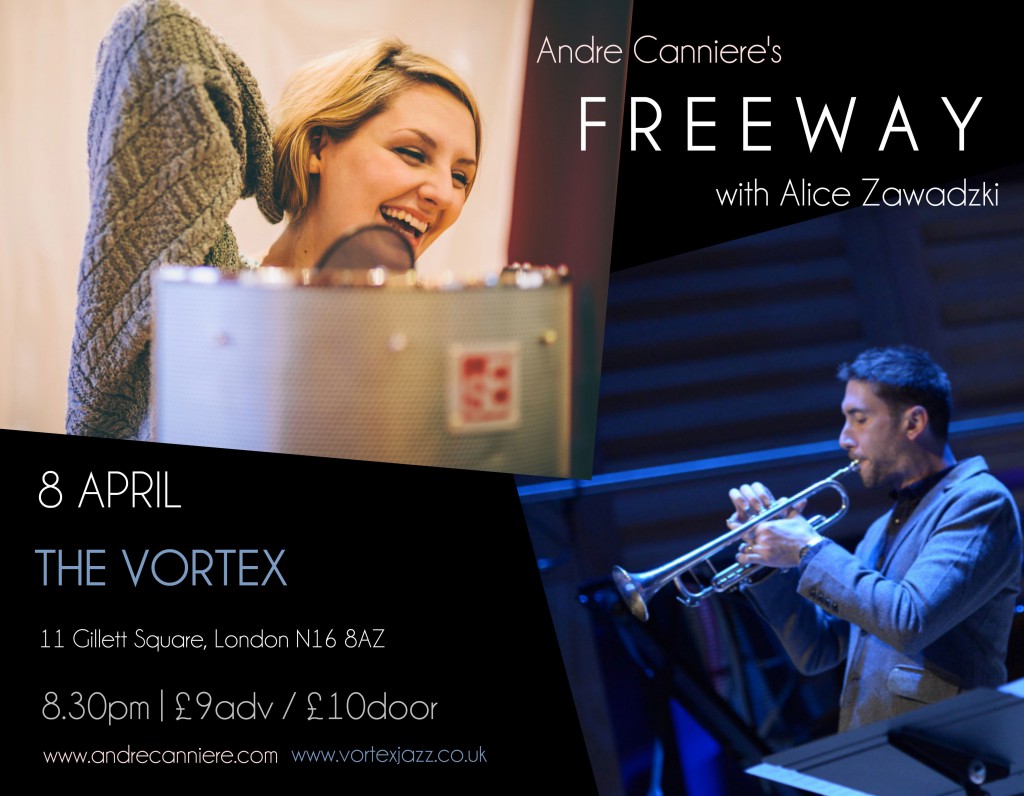 ← Jazzwise Review of Coalescence
All About Jazz Review →