acanniere / February 20, 2014 / Comments Off on Jazzwise Review of Coalescence / News

The March issue of Jazzwise Magazine is out today with a great review of Coalescence!

“Canniere premiered the album last October and his confident command of the stage and dark-hued stadium jazz improvs wowed the audience on the biggest stage at Kings Place at the Whirlwind Festival. A New Yorker who has been living in the UK since 2008, Canniere’s compositions contrast breezy folky jazz elements with a darker harmonic language that draws from Radiohead and a rawer rock-ish groove-based approach straight out of the New York alt jazz scene… Canniere’s trumpet playing treads a path somewhere between the Celtic folk of Colin Steele, Kenny Wheeler and the more soaring, fiery edge of a Dave Douglas or Christian Scott.” 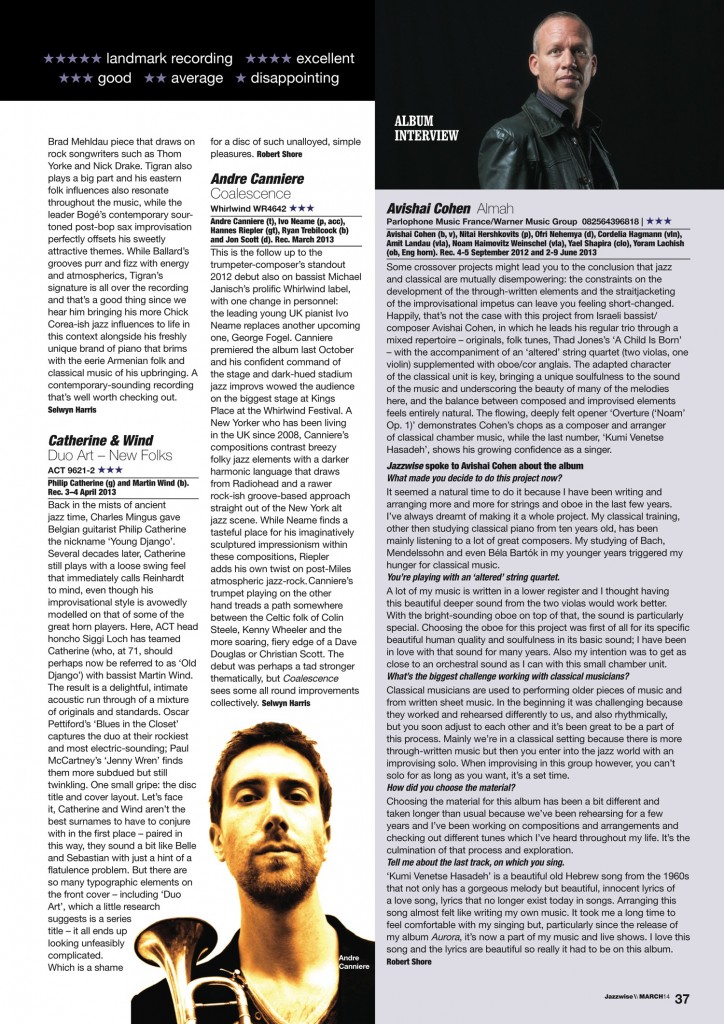