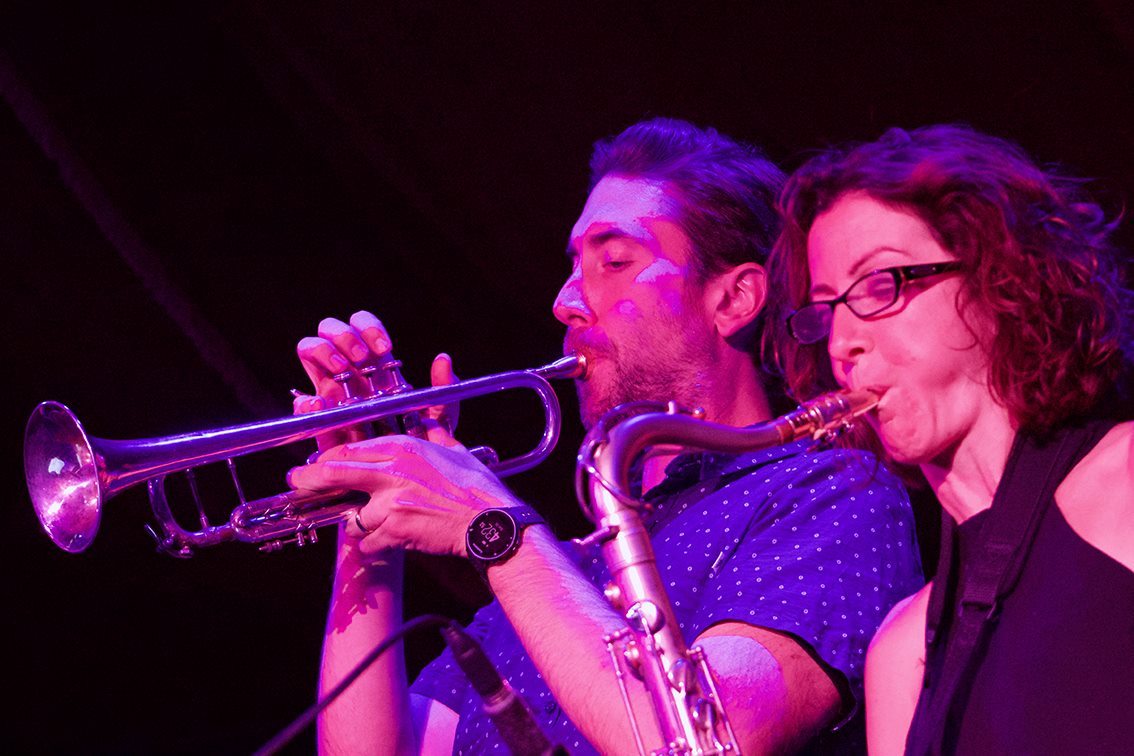 Thanks to all who came out to hear us at Manchester Jazz Festival in July. We had a blast. Thanks to Adrian Pallant at London Jazz News for this very kind review:

Andre Canniere’s The Darkening Blue – an unofficial sextet title, following the release last year of the album of the same name – brought some of the London-based trumpeter/composer’s exciting and haunting interpretations of poetry by Rilke and Bukowski to the Salon Perdu stage. With a line-up of saxophonist Tori Freestone, vocalist Brigitte Beraha, pianist Ivo Neame, bassist Michael Janisch and drummer Andrew Bain, they delivered numbers such as yearning Autumn Day, shaped so expressively by Beraha’s controlled lines; and propulsive Going Blind found Freestone tapping into her characteristic wellspring of modal improvisation (there surely isn’t another tenorist on the current scene who can carry such fluidity, and prompt a very real emotion, through an extended solo). The upfront pairing of trumpet and tenor also offered strong unison themes, particularly in Area of Pause, across a driving rhythm.

Canniere’s ability to craft new contemporary jazz around poetry – either through accessible vocal melodies or impassioned free instrumental sections – has taken his music in an important new direction, coloured by Ivo Neame’s chromatic piano invention and the fervent duo of Janisch and Bain. Bluebird and jagged Hug the Dark were also amongst the album numbers which made appearances, each met by approving audience responses afterwards – one of those occasions where a real sense of artistic discovery was tangible. And were it not for the relentless chime of the town hall clock outside, Canniere and his excellent band may have continued long into the next hour. 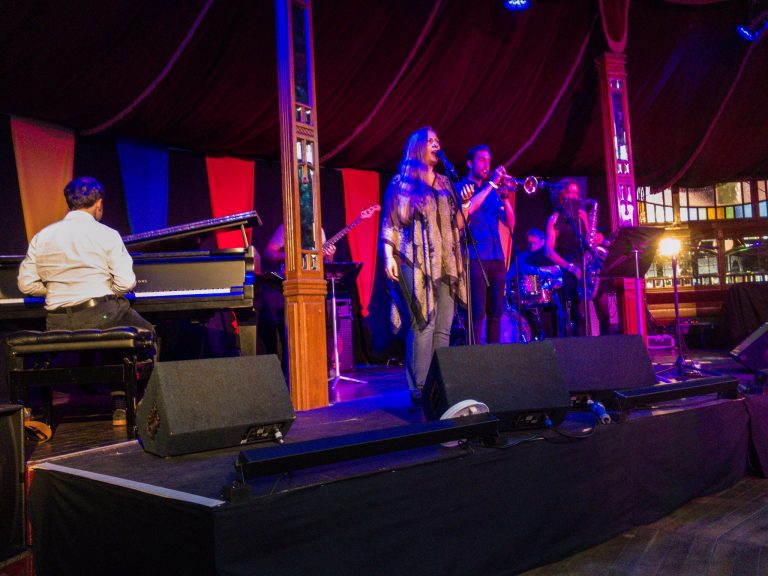